To determine the skin dose distribution in interventional radiology procedures, the software uses exposure parameters taken from the radiation dose structured report and additional information specific to each angiographic system. To test the algorithm accuracy, GafChromic® XR-RV3 films, wrapped on a cylindrical PMMA phantom, were irradiated with different setups and two different angiographic systems. The film measurements were compared in terms of absolute dose and geometric accuracy, with the ones that the software calculated on the same cylindrical model.

The cumulative dose values estimated by the software are in correlation with the GafChromic® measurements (differences lower than 15%) within the regions of the higher dose, whereas we are more interested in assessing patient exposure. Concerning the geometric accuracy, the differences between the dose spatial distribution simulated and the measured ones are less than 3 mm (4%) in simple tests and 5 mm (5%) in setups closer to clinical practice. Moreover, similar results are obtained for the two different angiographic system vendors.

In the tests performed, NEXO[DOSE]® provides an accurate estimate of skin dose similar to or better than those obtained by other software packages. The validation on cylindrical geometry phantom proved that the calculation can be extended to anthropomorphic geometry and can be used to simulate the patient skin dose.

The dose value discrepancies increase up to 33% in regions with lower doses because the software does not consider the out-of-field scatter contribution of the neighbouring fields.

The small study population and short follow-up due to the relatively short availability of the MR-conditional microwave ablation system.

Institutional review board approval and patient informed consent were obtained for this prospective study.

One limitation of mechanical thrombectomy (MT) is clot migration during the procedure. This might be caused by abruption of the trapped thrombus at the distal access catheter (DAC) tip during stent-retriever retraction due to the cylindrical shaped tip of the DAC. Aiming to solve this problem, this study evaluates the proof-of-concept of a new designed funnel-shaped tip in an experimental in vitro setting.

Two catheter models, one with a funnel-shaped tip and one with a cylindrical-shaped tip, were compared in an experimental setup. For MT, a self-made vessel model and thrombi generated from pig’s blood were used. MT was performed 20 times for each device using two different stent-retrievers, 10 times respectively

Animal experiments were carried out after receiving approval by the local government committee (Landesuntersuchungsamt Rheinland-Pfalz, Germany) under reference number 23 177-07/G 14-1-094 and in accordance with the German Animal Welfare Act (Tierschutzgesetz). All applicable international, national, and/or institutional guidelines for the care and use of animals were adhered to.

To investigate the effectiveness of photothermal (PT)-mediated local heating for suppressing stent-induced tissue hyperplasia and to evaluate in vivo temperature during local heating of a rat's gastric outlet.

It is necessary to determine timing for local heating to suppress stent-induced tissue hyperplasia.

Basic Science Research Program through the National Research Foundation of Korea (NRF) funded by the Ministry of Science, ICT and Future Planning (2019R1F1A1040357). 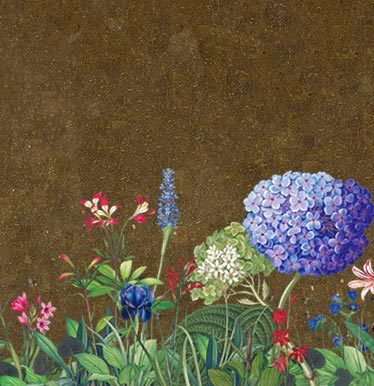