RPS 1011b - Radiomics and deep learning in neuroimaging

Volumetric assessment of meningiomas represents a valuable tool for treatment planning and the evaluation of tumour growth as it allows for a more precise assessment of tumour size than conventional diameter methods. Segmentation data can be used for consecutive quantitative or radiomics analysis allowing for improved tumour characterisation. However, manual segmentations are time-consuming and therefore usually not performed. In this study, we established a dedicated meningioma deep learning model based on routine MRI-data and evaluated its performance for automated segmentation.

Due to the retrospective study design, no evaluation of the actual clinical benefit could be applied.

The study was approved by the institutional review board.

To extract radiomics first-order distribution and texture features from post-surgical enhancing tumours and explore their prognostic value in patients with brain glioblastomas.

We retrospectively analysed 160 consecutive patients with glioblastoma multiforme treated with surgery and radiotherapy plus concomitant and adjuvant temozolomide from 2009-2017. Censored patients and those with images acquired later than 7 days from surgery were excluded. Subtraction of the T1-weighted and contrast-enhanced T1-weighted MRI was performed to obtain the enhancement map; the area of residual enhancement was semi-automatically segmented to obtain the enhancing mask. 96 radiomics features were extracted from the contrast-enhanced T1-weighted images (texture and first-order statistics). The population was split into training (80%) and test (20%) subpopulations. Feature selection was performed by minimum-redundancy-maximum-relevance and stepwise regression on the training set. Logistic regression and ROC curve analyses were performed to evaluate the prognosis into high/low survival (threshold at median survival of 16 months).

124 patients were included in the final analysis. A total of 10 radiomics features, including minimum intensity, contrast grey-level co-occurrence matrix, and inverse difference grey-level co-occurrence matrix features were selected. These features predicted short and long survival with an AUC=0.72 (95% CI 0.62-0.82, p<0.001) in the training and 0.71 (95% CI 0.49-0.92, p=0.044) in the test subpopulation.

The selected radiomics features quantifying tumour intensity and heterogeneity are able to predict longer or shorter patient survival in both the training and test subpopulations with similar/fair accuracy.

In this retrospective study, the variability of image acquisition parameters was unavoidable. Manual segmentations might present interobserver variability. An external validation may confirm the applicability of the proposed method.

RPS 1011b - MR textural features (radiomics) for assessing the response to treatment in patients with intracranial tuberculomas: a retrospective review

To study whether MR-based radiomic features can be used to assess the response to antituberculous treatment.

We included 24 patients with intracranial tuberculomas diagnosed by either culture or histopathology who had a pre- and post-treatment brain MRI with contrast performed at our institute from July 2009-July 2019. Patients with coexisting demyelination, tumour, or history of surgery were excluded. 16 patients showed a treatment response while 8 showed no response. A textural analysis was performed using Lifex and 44 textural parameters were extracted. The region of interest (ROI) was manually drawn on post-contrast FLAIR images. An independent Sample's t-test was employed to study statistically different parameters in both groups. Logistic regression was performed to develop a model for predicting the response to treatment on the basis of MR radiomic features in differentiating patients with intracranial tuberculoma.

MR radiomic parameters, histogram skewness and GLCM correlation, showed a statistically significant difference in patients who showed improvement versus those who did not (χ2=11.517, p=0.003). The model explained 52.9% (Nagelkerke R2) of variance in predicting the response to treatment and correctly classified 83.3% of cases. ROC curve analysis for histogram skewness showed an area under the curve of 0.766 (p=0.037 and 95% CI =0.577-0.954).

MR textural parameters including histogram skewness and GLCM correlation can be used as imaging biomarkers to differentiate patients with intracranial tuberculomas who responded to treatment versus resistant cases.

Volumetric quantification of white matter hyperintensities (WMH) is well established in research and is starting to be adopted clinically for structured reports.

Automated tools using machine learning should avoid time-consuming manual segmentation and give more objective results. However, supervised tools require segmentation examples to train the algorithm and the tools’ performance is usually evaluated by comparing the output to manual masks, which suffer from between and within rater variability.

We aimed to evaluate whether our tool, FSL-BIANCA, can overcome the variability present in the manual training set and increase the consistency of automatic results.

We used 24 MRI scans from the Whitehall II imaging sub-study.

The manual masks were used to train BIANCA and the automated WMH masks were generated using a leave-one-out approach.

Between and within rater agreement on manually and automatically segmented masks were calculated using a Dice index and results were compared with paired t-tests.

Our results suggest that if the examples provided to BIANCA are sufficiently in agreement, the automated tool improves the consistency of the output. This also highlights the need to standardise the definition of WMH, especially if automated tools are planned to be used in multicentre studies.

The limited amount of scans, raters (with different expertise), and re-tests.

Ethics approval and consent from all participants were obtained.

The automated brain volumetry from MRI images is a modern tool to quantify brain anatomy in patients with conditions related to brain atrophy. There is much software available in the market. We choose Neuroquant (NQ) and Volbrain (VB) in order to investigate any differences between their volumetric measurements and how these differences affect their atrophy estimation.

26 patients with multiple sclerosis visited the MRI lab at Bioiatriki SA (Athens) with the query of brain volumetry. They scanned in GE Discovery 750 3.0T MR system and the exam protocol included a 3D T1 sequence without contrast enhancement. The parameters in 3DT1 were in accordance with NQ's directions. These same images were processed both with NQ and VB. Measurements from different brain structures were compared. The unpaired t-test was the statistical method used for data analysis. In patients with an atrophy result from NQ, the possible agreement with VB was checked.

Whole-brain, hippocampus, cerebellum, and white matter measurements had or had not quite significant differences (p>0.05).

There are important differences in the measurements of some brain structures, with significant deviation from the bibliography average for both NQ and VB.

Although the initially unexpected differences, NQ and VB are both able to determine atrophy.

VB has smaller deviations from average values and, for the time, is free (10/d).

The 3DT1 parameters should be constant during the study.

The limited number of subjects (27).

Enlarged perivascular spaces (PVS) are a neuroimaging marker for cerebral small vessel disease. Manual annotation of PVS is challenging, time-consuming, and subject to observer bias. We developed and evaluated an automated method for the localisation of PVS in the two most clinically relevant regions: the centrum semiovale (CSO) and the basal ganglia (BG).

We used T2-weighted 1.5T MRI scans from 2,202 subjects enrolled in the population-based Rotterdam scan study, 1,202 for method development, and 1,000 for evaluation. An expert rater annotated one predefined slice per brain region with a single dot per PVS. A separate set of 40 MRI scans was annotated twice to estimate intra-rater agreement, which was computed by considering both sets once as ground truth and computing the average sensitivity and false-positives per image (FPPI).

We trained a regression convolutional neural network to predict the intensity-based distance to the nearest PVS for each voxel. Subsequently, the predicted distance maps were thresholded to detect PVS.

Even for an expert rater, this is a challenging problem as shown by the intra-rater agreement. Our proposed method can annotate PVS fully automatically as well as an expert rater. This method could replace the time-consuming manual assessment of PVS in neurological studies.

To develop a deep learning model (DLM) for fully automated detection and segmentation of intracranial aneurysm in patients with subarachnoid haemorrhages (SAH) on CT-angiography (CTA).

This retrospective single-centre study included 295 confirmed aneurysms from 253 patients with SAH (2010-2017). All patients from 2016-2017 (68 patients/79 aneurysms) provided the training-set, whereas subjects from 2010-2016 (185 patients/216 aneurysms) served as a test-set. Ground truth was established by independent manual segmentations of the aneurysms by a radiologist and neurosurgeon in a voxel-wise manner. CTA source images acquired using a standard clinical protocol for head/neck (n=222) and head (n=29) were pre-processed by extracting the brain mask and enhancing the blood vasculature. A 3D convolutional neural network (CNN) architecture based on DeepMedic was used for training 3 different DLMs using a different combination of vessel-enhanced input images as multiple-channels, as well as modifying the CNN parameters. An ensembling strategy was then used to generate the final DLM, optimised by using 5-fold-cross-validation.

The proposed DLM is robust in detecting and segmenting aneurysms in patients with SAH on routine CTA images. We also demonstrated a significant increase of performance by using an ensemble of different DLMs.

RPS 1011b - Morphometry: a way to facilitate the diagnosis of dementia?

To evaluate the reproducibility of morphometry MRI to assess atrophy in patients with a mild cognitive impairment (MCI).

Afterwards, atrophy was rated with a morphometry function (MorphoBox algorithm, Siemens prototype) which automatically estimates the volume of different brain regions and compares them with normative adjusted ranges. Maps with the different brain regions colour-coded indicated the degree of deviation (no deviations=green, mild=yellow, moderate=orange, and large=red).

Using Fisher’s tests, we evaluated the association between classifications (visual and morphometric) and between each classification and the actual clinical diagnosis, including all patients and including only those classified as normal or MCI/Alzheimer’s disease (AD) by all methods.

When all patients were included, there was no association between visual and morphometric classifications (p=0.44). However, if only normal or MCI/AD patients were considered, the association was close to significance (p=0.073).

The morphometry function has a tendency to be significant when it comes to differentiating normal patients from MCI/AD. Nevertheless, it doesn’t classify other dementias as well as visual classification.

Morphometry may represent a facilitating tool in the clinical assessment of MCI/AD, although further investigations are required. 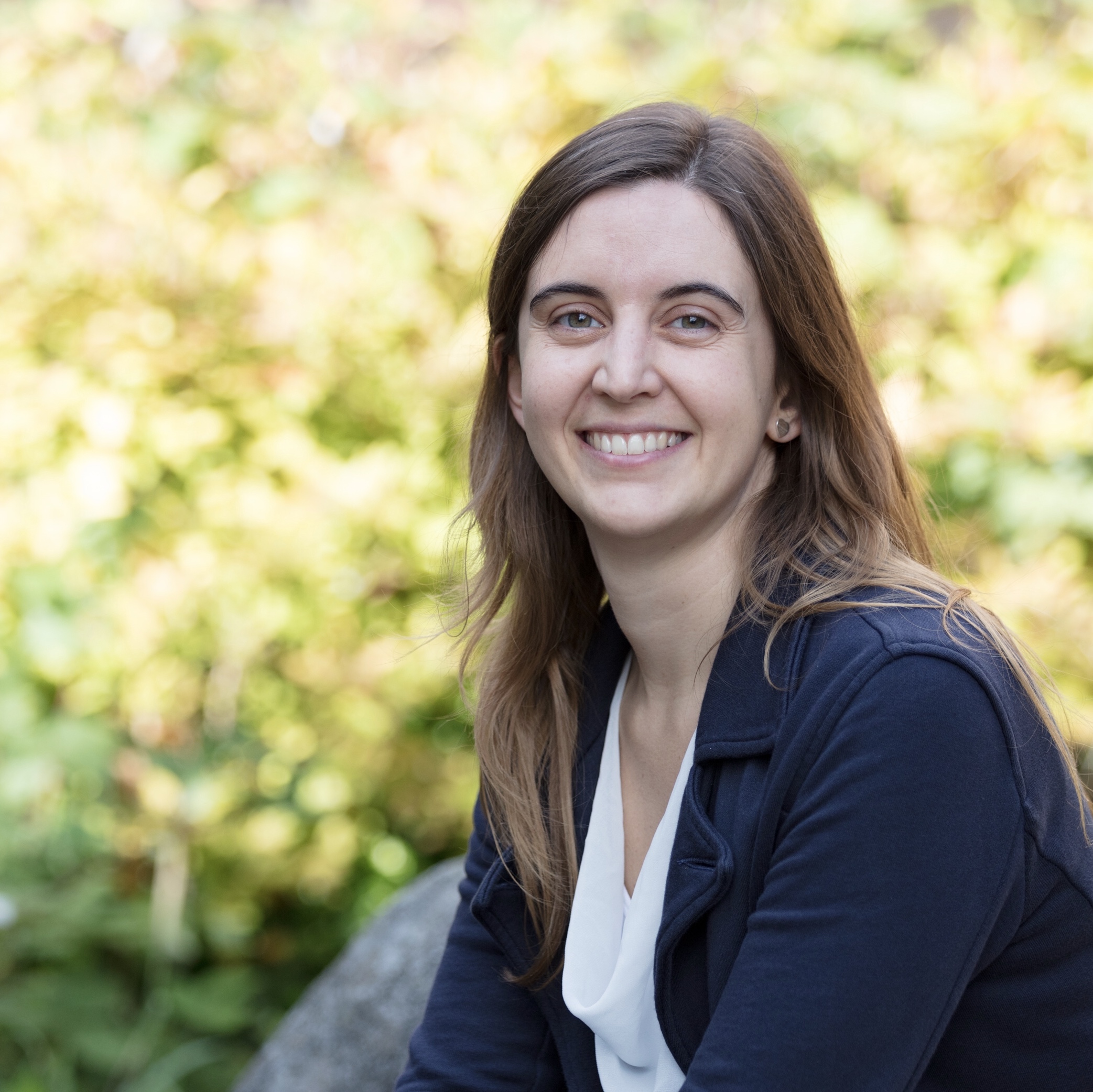